The whales have been systematically moving in closer to shore (at least some of them, there are still plenty of whales offshore.) So close, that sighting humpbacks in San Francisco Bay is becoming a regular thing this summer, and people have seen feeding and breaching in the Bay, very uncommon behaviors for the Bay itself. 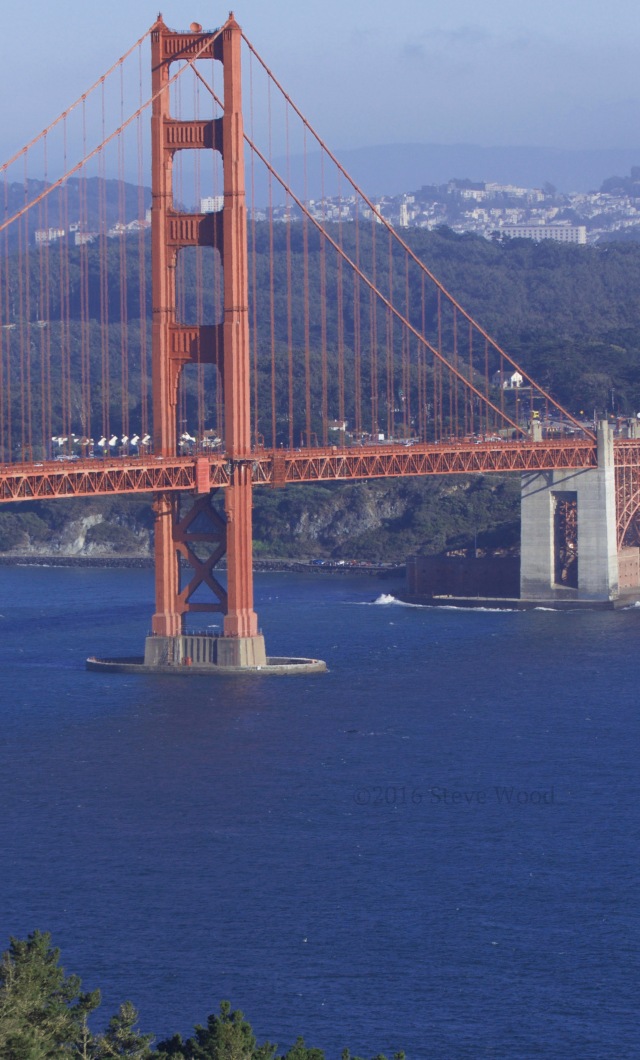 There were at least two, probably three or four, humpbacks close to the South Tower of the Golden Gate Bridge yesterday – this photo was taken around 6:30 PM on July 11th.

Here’s a fluke shot of one of the whales. Sadly, I didn’t have time to get to a better viewing position than Hawk Hill up on the northern side of the Golden Gate Strait, but I keep being reminded of the natural wonders that visit us in the Bay.

Here’s some video shot by kayakers on the Bay that gives a much closer impression and some great shots of feeding, if you can stand the swell’s effect on the camera.