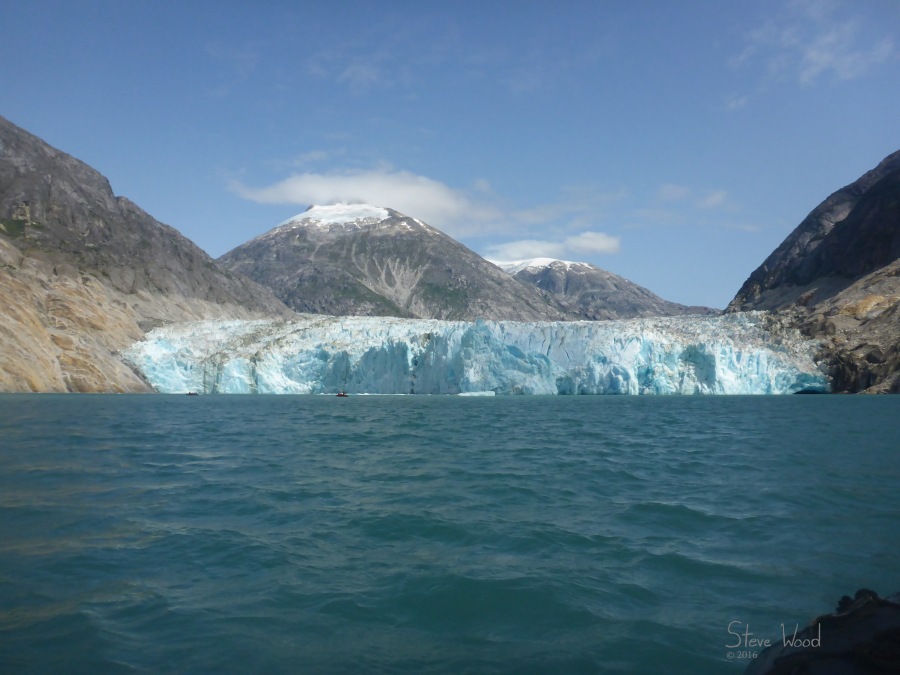 The early sighting of humpback whales in the Stevens Passage didn’t detract from the rest of the day, as the whales moved on, it allowed the Sea Lion to press eastward into the Endicott Arm, a fjord that dead-ends into the Dawes Glacier. On our way, we were treated to an animal that seems common in Alaska, judging from the number we saw, but that I’ve never seen in the lower 48, and are very rare in California. In twelve years of running whale watches off the coast of California, I’ve never seen one.

It’s the Marbled Murrelet. I’ve seen other murrelets – small diving birds more at home in the sea than in the air. The Marbled is something special though. Long after birds in North America were well-characterized, the breeding and nesting locations of the Marbled Murrelet were unknown up until the 1990s, when work in the high canopies of Redwood forests revealed that Marbled Murrelet preferred tall trees for their nests, even to the point of flying 40 miles inland from the coast to find the calming heights of an appropriate grove.

Coastal Alaska lacks Redwood trees, but the spruce and hemlock forests grow tall enough and are far enough from human disturbance to allow the Murrelets, vulnerable when their homes lack sufficient height to protect them from many predators, to take root. We saw a large number of Murrelets through the trip.

Soon into the Endicott Arm, we also found a large bear foraging for seaweed at the seashore.

The Dawes Glacier itself hove into view at about 3 in the afternoon. By then the sun had cleared the sky, and we got some great views of the glacier in sunlight.

For perspective, the two black dots in the photograph are Demaree Inflatable Boats, about 15-20 feet long. Our DIBs were not allowed closer than a 1/4 mile from the glacier, and the height of the glacier’s face was estimated by our naturalists at about 250 ft. high. We saw some minor calving events. The second group of DIBs saw a much larger calving that actually rocked the 150-ft, 600+ ton ship. The glacier was a much more dynamic place to visit than I would have expected – creaking and cracking with sound, and you’d only see a few of the larger chunks of ice that came off into the sea.

There was also some pretty good evidence of the glacier’s past action:

A huge erratic boulder deposited on a literal slippery slope by Dawes Glacier.